An array of Baroque gems by French, German and Venetian composers for guitar, recorder, flute, violin and orchestra. Highlights include two firsts for our programming: a flute concerto by French composer Michel Blavet and Benedetto Marcello’s Violin Concerto in D (the only one he ever wrote). Also featured are Telemann’s thrilling double concerto for flute and recorder and Bach’s spectacular Brandenburg Concerto No. 4, for solo violin, flute and orchestra­—all with Maestro’s entertaining and audience-engaging “live notes”!

Running Time: 90 minutes with no intermission.

This concert series sponsored by the Phelan Family Foundation 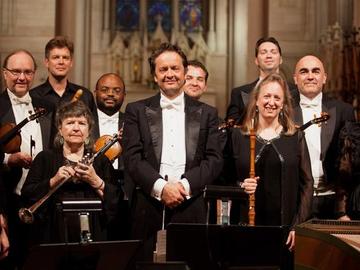