A tenth-year anniversary performance! One of Handel’s most popular oratorios (after Messiah), Judas Maccabæus was first performed by the Ama Deus Ensemble in 2009 to a sold-out Kimmel Center audience and was recorded live on CD. Full of rousing choruses, ravishing duets, and fiery arias, it recounts the successful second-century B.C. revolt by the Jewish people, led by Judas Maccabæus, fighting fiercely and heroically to prevent their religion from being destroyed by their Seleucid overlords. Featuring stellar soloists in a dynamic concert version. A thrilling and fascinating conclusion to our exciting Season 32! 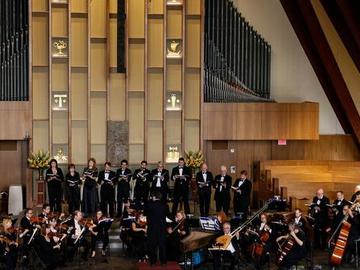